Mitochondria play an important role in the aging process. One of the ways in which they interact with surrounding cell biology is by generating damaging reactive oxygen species (ROS). Excess ROS creation can damage a cell, a state we call oxidative stress. However, a small amount of ROS can be beneficial, as the cell responds for a net benefit. The most important harm likely caused by mitochondrial ROS, is to damage mitochondrial DNA. This damage can lead to all sorts of persistent dysfunctions. it is likely that Mitochondrial antioxidants, such as SkQ1 produce benefits to long-term health by reducing the rate of this mitochondrial damage. However, it must be stressed that this theory isn’t completely proven at this point because of the importance of ROS signaling to other aspects of healthy cellular metabolism. SkQ1 offers a useful way for researchers to better identify what specific changes occur in response to altering ROS levels. 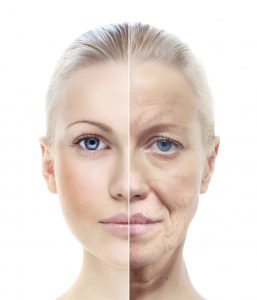 A recent study used mice with defective mitochondria, thus promoting the early development of age-related issues and a reduced lifespan. Half of these mice were given SkQ1 in their drinking water and the other half were given ordinary water. As anticipated, the mice in the water-only group aged poorly: An increase in weight loss, hair loss, osteoporosis, and a decrease infertility, mobility and oxygen consumption).  The development of these symptoms of aging were significantly reduced in the mice that were supplemented with SkQ1. In fact, some of the symptoms did not appear at all [R]. An interesting watch: https://www.youtube.com/watch?list=PLRIKY1C5IqERdI2ZGqfHrcs2ruT-csCP1&time_continue=27&v=4rF5XYYIf88 Dietary supplementation with SkQ1 is a potential approach to healthy ageing of the lacrimal glands, which is thought to be the basis of dry eye syndrome often seen in aging individuals. In a 2016 study, SkQ1 (250 nmol/[kg body weight] daily) was given to rats to determine the effect on eye health. In untreated rats, the lacrimal glands underwent a dramatic deterioration in their overall structure, suggestive of irreversible damage. In contrast, the structure of the lacrimal glands in the SkQ1-treated mice was similar to that of much younger rats. These results correlated to the presence of numerous secretory granules in acinar cells A significant increase in the number of operating intercalary ducts [R]. It has been suggested that SkQ1 might prevent the deterioration in eye health by decreasing the activity of certain enzymes (Cyp1a2 and Cyp1b1) involved in the development of eye diseases [R].

Treating wounded mice with SkQ1 resulted in accelerated resolution of inflammation, the formation of granulation tissue (connective tissue that forms on the surfaces of a wound), and vascularization (new blood vessels) of the wounds [R]. It is widely assumed that mitochondrial reactive oxygen species play an important role in the slow wound-healing processes seen in diabetic humans and animals. One study found that 12 weeks administration of SkQ1 normalized inflammatory and regenerative phases of wound healing in diabetic mice: The researchers proposed that these effects were due to:

A 2016 study found that SkQ1, when given to arthritic rats decreased the severity of lesions in a dose-dependent e.g. the more SkQ1, the fewer lesions. SkQ1 did not reduce the number of animals with arthritis – just the severity [R]. Efficacious doses of SkQ1 in this study were in the range of 0.25–1.25 nmol/kg/day (0.13–0.7 mcg/kg/day). 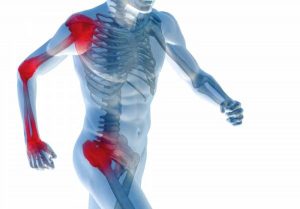 SkQ1 reduces the activation of mast cells, thus reducing their degranulation and histamine release. Mice given injections of SkQ1 had significantly reduced numbers of leukocytes and significantly decreased levels of histamine [R]. These results suggest that mitochondrial reactive oxygen species are involved in the activation of MCs. It is known that mast cells play a vital role in the regulation of vascular permeability by secreting histamine. SkQ1’s ability to suppress mast cell degranulation might be a significant factor in its anti-inflammatory activity [R].

SkQ1 is a Potentially Safe Antibiotic

A recent study found that SkQ1 shows strong antibacterial activity towards Gram-positive bacteria, such as: Bacillus subtilis, Mycobacterium sp. and Staphylococcus aureus, and Gram-negative bacteria such as: Photobacterium phosphoreumand, Rhodobacter sphaeroides [R]. SkQ1’s ability to lower the bacterial membrane potential might explain it’s bactericidal action. No significant cytotoxic effect on mammalian cells was observed at the concentrations of SkQ1 used to kill bacteria. As such, SkQ1 might offer a way to protect infected mammals by killing invading bacteria and causing no cellular damage [R].

It is widely understood that mitochondrial dysfunction plays a key role in the pathophysiology of Alzheimer’s disease. Thus, it is thought that therapies that target mitochondria can slow or reverse the progression of Alzheimer’s. A 2016 study set out to test this theory on rats. Researchers found that by improving the structural and functional state of mitochondria, SkQ1: These effects resulted in improvement of the learning ability and memory of the rats [R]. 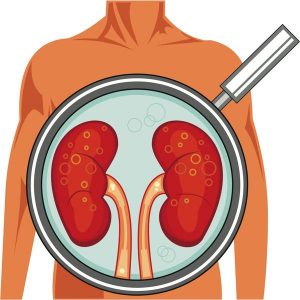 Severe oxidative stress can cause kidney pathologies, such as rhabdomyolysis and ischemia/reperfusion. Mitochondria were found to be a key player in these pathologies, As both the source and the target for excessive production of reactive oxygen species (ROS), mitochondria play vital roles in these pathologies [R]. SkQR1 was found to save the kidneys from the damaging effects of both these pathologies. Injection of SkQR1 before the onset of these pathologies: SkQR1 was also found to protect the kidneys against an injection of a well-known nephrotoxic (toxic to kidney) agent, gentamicin [R]. Acute pyelonephritis is a potentially fatal infection of the upper urinary tract, which causes severe kidney tissue damage. Pyelonephritis is associated with oxidative stress and a lowered level of mitochondrial B-cell lymphoma 2 (Bcl-2) [R]. A 2013 study found that, kidney cell death and overall animal mortality were both decreased by the mitochondria-targeted antioxidant, SkQR1. Thus, pyelonephritis and possibly other life-threatening bacterial infections, can be treated by reducing mitochondrial reactive oxygen species and protecting mitochondrial integrity [R].

SkQ1 is effective in improving spermatogenesis in Immp2Â l mutant mice and might be used for the treatment of male infertility. SkQ1 treatment improves the physical form of the testicles (e.g. seminiferous tubules), reduces the death of germ cells and increases the level of GPX4 expression in mice [R]. 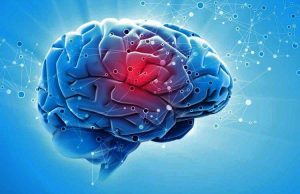 Mitochondrial dysfunction is a key player in aging and in the linked development of neurodegenerative diseases. Thus, pharmacological agents that decrease mitochondrial dysfunction should have neuroprotective effects. Rats treated with SkQ1 showed significantly higher locomotor and exploratory activity. They also displayed less anxiety compared to age-matched controls. SkQ1 significantly improved visual ability of the rats reducing the severity of the developed signs of retinopathy and cataract [R].

One thought on “SkQ1-Bromide – Existing Research and Clinical Potential”